In the context of competition climbing, I’ve never made a mistake that had any real consequences.  Sure, I’ve made my fair share of stupid decisions, but nothing major.  However, when I arrived in Boston, MA this weekend to compete alongside the top tier of collegiate athletes in this year’s CCS National Championships, I made two.  The CCS (Collegiate Climbing Series) provides eager college climbers with a unique avenue for elite and friendly competition. 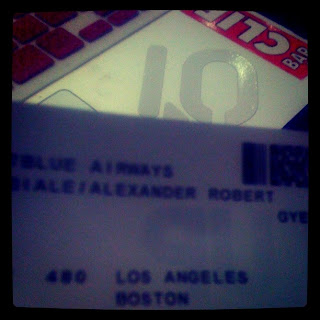 Here’s how the comp works:  100 competitors climb for 3 hours (one group in the morning and one group in the afternoon).  Over the course of those 3 hours, each climber must complete 3 sport routes and 3 boulder problems.  You can complete as many as you would like, but only your top 3 scores from each count towards your overall score.  These routes and boulder problems are assigned point values.  Consequently, the harder the climb, the more points the climber earns.  After this initial Qualifiers round, the top 10 men and top 10 women move onto a Finals round later that evening.
During the afternoon Qualifiers round, I was able to flash (climb first try) the top 3 hardest sport routes and climb 3 of the harder boulder problems which placed me in 3rd overall (out of both the morning and afternoon sessions).  I was happy because I made Finals and that was my goal this year.  I was not going to Boston to win Nationals, I was going to Boston to try really fucking hard with some of the countries strongest athletes and prove to myself that I earned being here.
The Finals round format consists of 1 boulder problem and 1 sport route with 5 minutes on each and a 5 minute break in between.  The climbers are given 4 minutes to collectively review the problem and route to figure out a sequence.  In isolation, as excited as I was, I knew I was screwed.  I had not been on a rope since last year’s nationals and I was still fighting cramps and fatigue from the afternoon Qualifier’s round.  That was my first mistake.  Competing in the afternoon round was a rookie mistake and I learned my lesson.  The competitors from the morning session were all feeling rested and fit while the competitors from the afternoon were all struggling to not pass out.  Now I know. 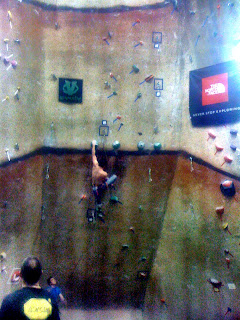 My second mistake happened on the boulder problem.  When the group reviewed the boulder, I stayed quiet and went through the sequence in my head.  It seemed pretty intuitive.  However, some of the other competitors voiced their opinions about how to make the opening roof sequence efficient, and I listened.  Their method contradicted mine and I made the mistake of thinking they were right and I was wrong.
When it came time for me to climb, I pulled into the roof and hesitated.  There was a quick moment of indecisiveness and I chose to go with the method the other competitors were talking about.  I tried this 3 times and failed, not even making it to the overhanging crux of the boulder.  With a minute left I decided to say fuck it and do my thing.  I am not an efficient climber, I do not like to rely too much on insecure feet, and I sure as hell don’t like having to keep my feet on the wall.  Instead of relying on fancy footwork, I campused (climbed with no feet) the roof section, which was my initial method, and made it to the overhang.  I fell on the second to last move of the boulder and apparently got the highpoint thus far.  I made it up to the same spot one more time before the 5 minutes was up.  I gave that boulder everything I had because I knew I could do it.  However, because of my first 3 failed attempts, I was too tired to execute the last move.  I was exhausted.  The judge handed me my scorecard and I was promptly escorted to the sport route.  I was so pumped when they called my name, I purposefully fumbled with my knot for a minute to give myself more time to rest.  I could barely close my hand.  From what others tell me, I made it to the hold right below the hold where the top 4 men fell.  Because of my lack of conviction on the boulder problem (and some scoring issues that I unfortunately did not talk with the judges about until after the results were finalized) I placed 6th overall. 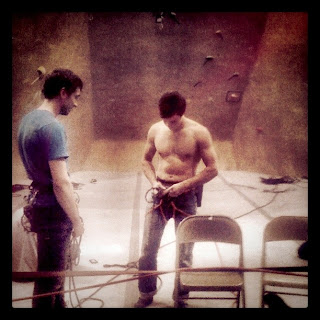 Looking back, I did not do as well as I would have liked, but I can say that about almost every comp I’ve ever been in.  I am starting to view these competitions less as competitions and more as chances to learn something about myself.  Competition climbing is a way of understanding what your body and mind can do when put under immense amounts of pressure.  Once you clearly understand what it is that gets in your way of achieving your goals, whatever those goals may be, you can then actively work to remove those barriers and move forward.  I learned that I need to trust my gut, even when it might not be the most logical thing to do.  Because frankly, I have never been too keen on logic.  My barriers stem from certain insecurities I have about the way I climb.  I don’t ever feel as strong as I know I can be.
This year’s CCS Nationals was not just about trying to make podium again, it was about testing a year’s worth of mental and physical progression.  It was about visiting a new city with my parents and friends.  It was about experiencing the anxiety of isolation and learning how to utilize pressure so that it turns into a tool for growth.  This year was not about what place I came in, it was about trying my best with some cool individuals and keeping my eyes wide open.
That being said, this coming weekend, I’m going back to Bishop to try Luminance.  If you’re psyched, let’s go climbing.
Posted by Unknown at 2:37 PM